The CopyStorm/Medic Refresh Columns tool replaces the value of one or more columns in CopyStorm with their current values in Salesforce.

This tool is typically used when the definition of a formula is modified in Salesforce or when a previously hidden column becomes visible to the user CopyStorm uses to authenticate with Salesforce.

When one or more columns in CopyStorm do not match the current value in Salesforce there are two methods which can fix the problem:

Running Refresh Columns in a GUI

The UI for the Refresh Columns tool contains three parts:

Clicking on a column name will cause a column selection dialog to appear: 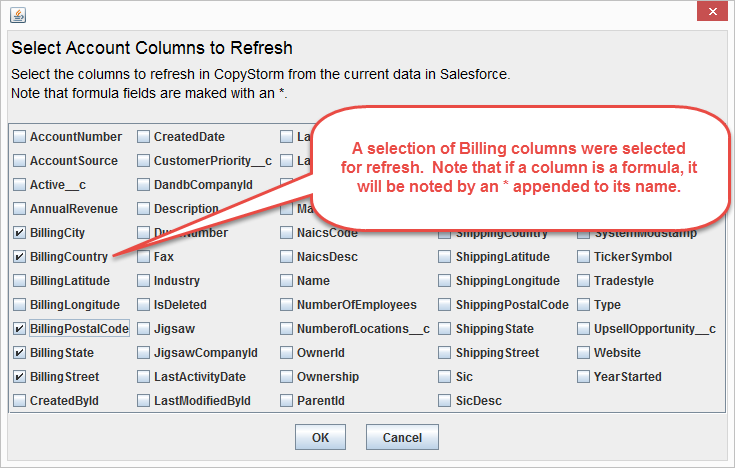 Starting with CopyStorm 7.34.10, both formula column definition changes and the last formula column refresh time are tracked. The “Manage Stale Formulas Automatically” option takes advantage of this tracking and, when checked, will:

The Refresh Columns tool can be run as a batch job using the following syntax: