How Do I Refresh Out of Sync Columns

Though CopyStorm keeps a data in sync with Salesforce, there are a few cases where the data can become out of sync:

The fundamental operation that needs to be performed is to force CopyStorm to scan a specific range of records and update columns in the target database, even if the timestamps in CopyStorm and Salesforce are the same. This can be done by modifying your existing CopyStorm job for a one-time run using the following parameters:

Now run CopyStorm — any fields that do not match will be updated and matching fields will be left untouched.

Do not save changes to your CopyStorm configuration file.

This example will scan all records in nearly all tables and fix any data mismatches: 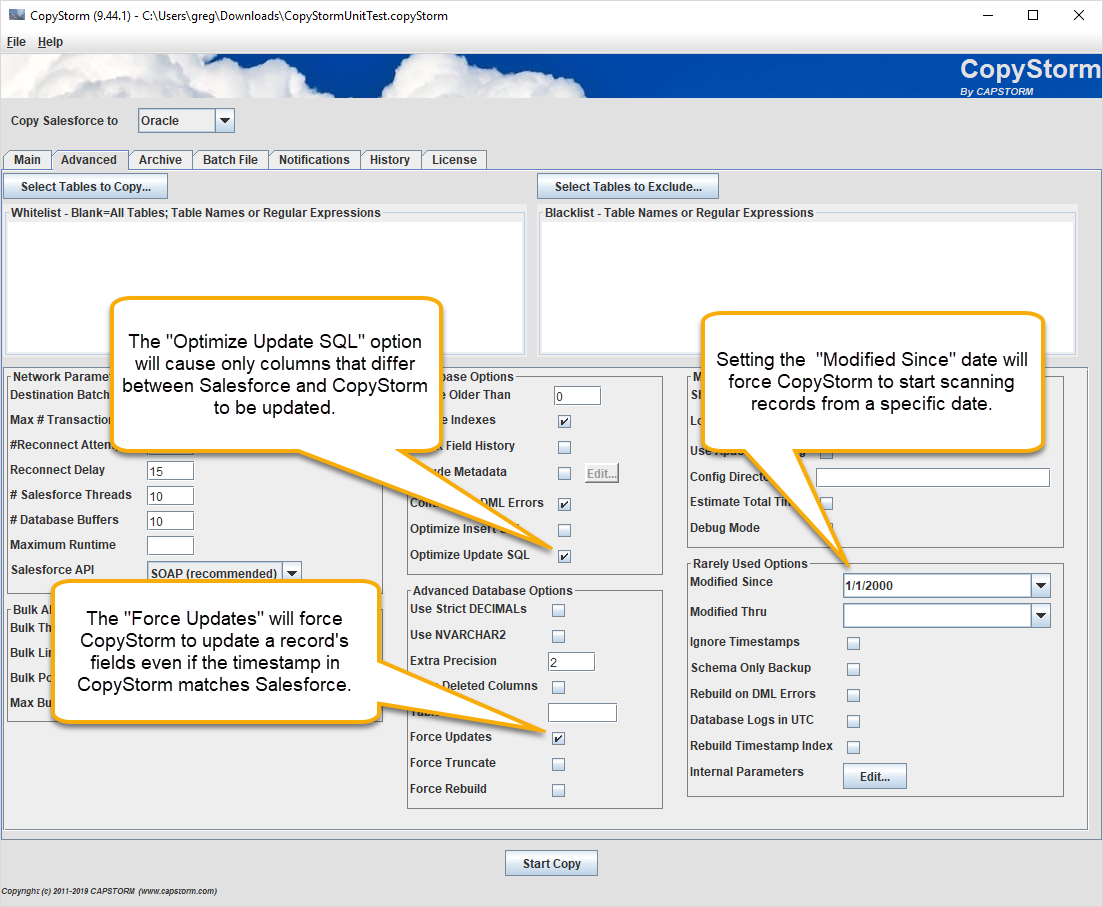