The CopyStorm/Medic Refresh Formulas tool replaces the values of formula columns in CopyStorm with their current value in Salesforce.

This tool is typically used when the definition of a formula is modified in Salesforce.

CopyStorm minimizes the amount of records copied from Salesforce by only copying records whose modification date has changed. When a formula column is modified in Salesforce record modification times do not change so CopyStorm does not pick up the new formula values for older records. There are two ways to update this data in the CopyStorm database:

Running Refresh Formulas in a GUI 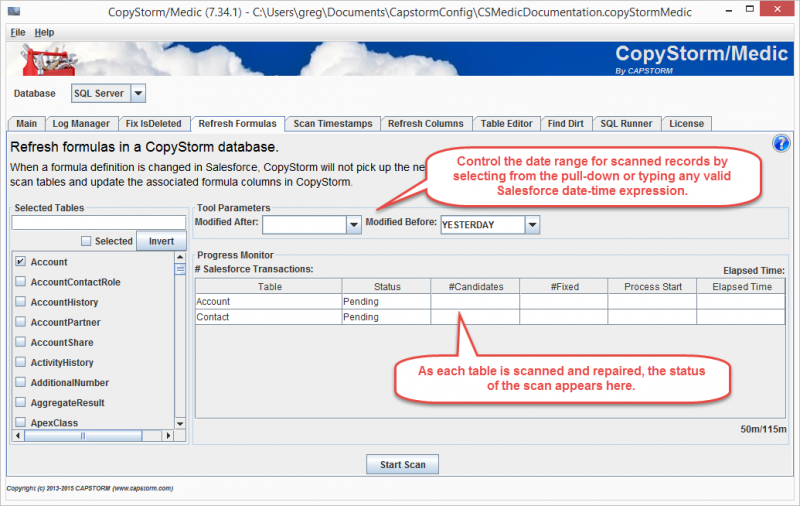 The Refresh Formulas tool can be run as a batch job using the following syntax: