The Run Snapshot Policy feature is used to run a snapshot policy against existing data in a CopyStorm snapshot on demand. This process is useful in a number of circumstances.

The Run Snapshot Policy feature is accessed from the right-click context menu on the CopyStorm Snapshot tab.

There are just a few options to run a Snapshot Policy by hand. 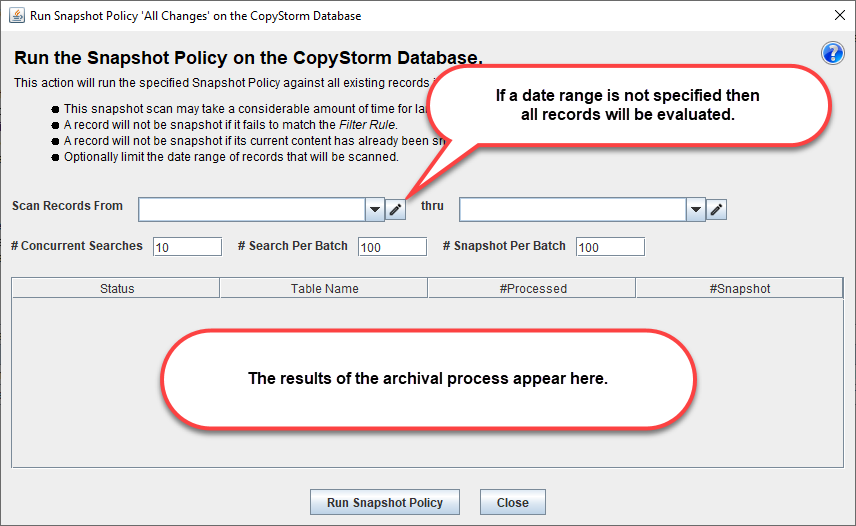 While a Snapshot Policy is running the screen will continuously update with progress information. At any point in time you can cancel the snapshot process and only records snapshot so far will be preserved in the database.

The following screenshot illustrates how the dialog will appear after a snapshot policy has run to completion. Note that are several reasons that a record may be processed but not snapshot. 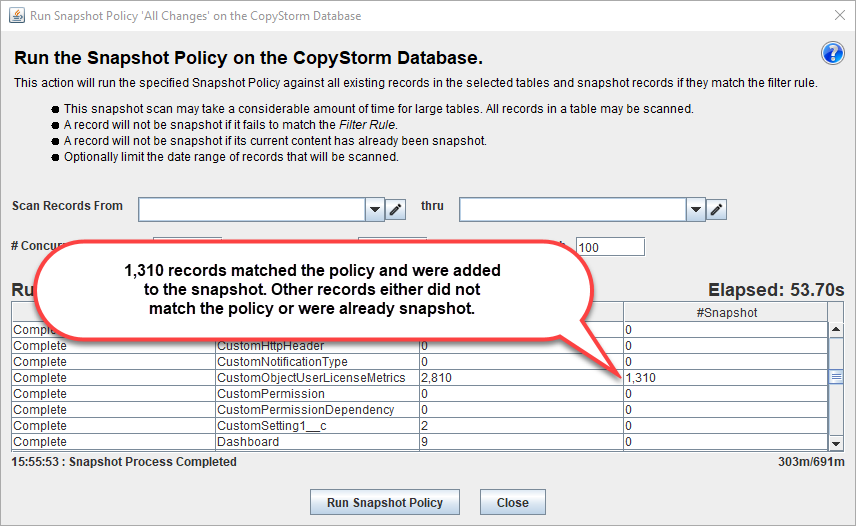