The CopyStorm/Medic Fix IsDeleted tool identifies records that have been deleted in Salesforce, removed from the Salesforce recycle bin, but not marked as deleted in CopyStorm.

This situation occurs when:

Under normal circumstances, when a user deletes a record in Salesforce the record is not really deleted immediately. Instead, it is placed in the Salesforce recycle bin. The mechanism used by Salesforce is a hidden field named “isDeleted”. When CopyStorm runs it copies all modified records — including those where the “isDeleted” flag is set to true. After records are copied by CopyStorm, they are optionally deleted in the CopyStorm database based on parameters set on the Advanced tab.

If normal Salesforce accounts are not permitted to empty their recycle bin (a good practice) then the condition that needs this tool will likely not occur.

Running Fix IsDeleted in a GUI

The UI for the Fix IsDeleted tool contains three parts: 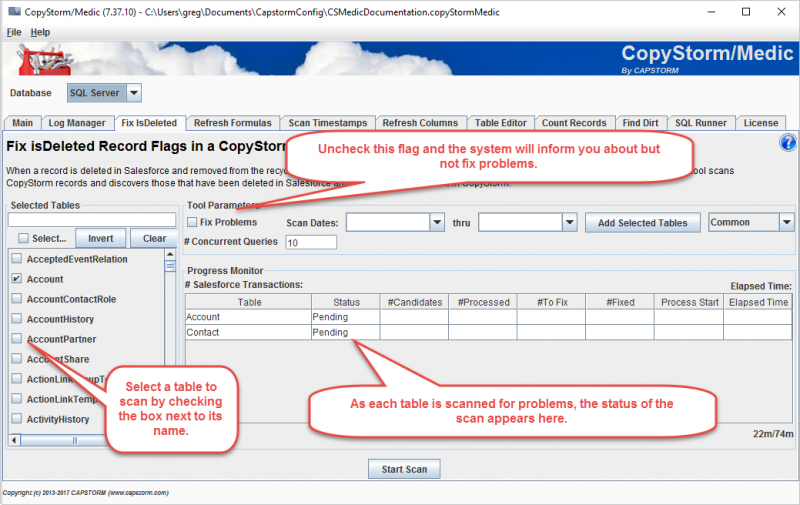 The Fix IsDeleted tool can be run as a batch job using the following syntax: