Many sites will decide to backup their Salesforce using multiple CopyStorm jobs. Why?

For this setup, we create three separate CopyStorm configuration files and schedule them to run a different times and frequencies.

This configuration file is will be run frequently and backs up tables we want to keep in close agreement with Salesforce. Rather than specify what tables are in the frequent category, we specify the tables to exclude. Many sites will run this backup every 15 to 30 minutes. 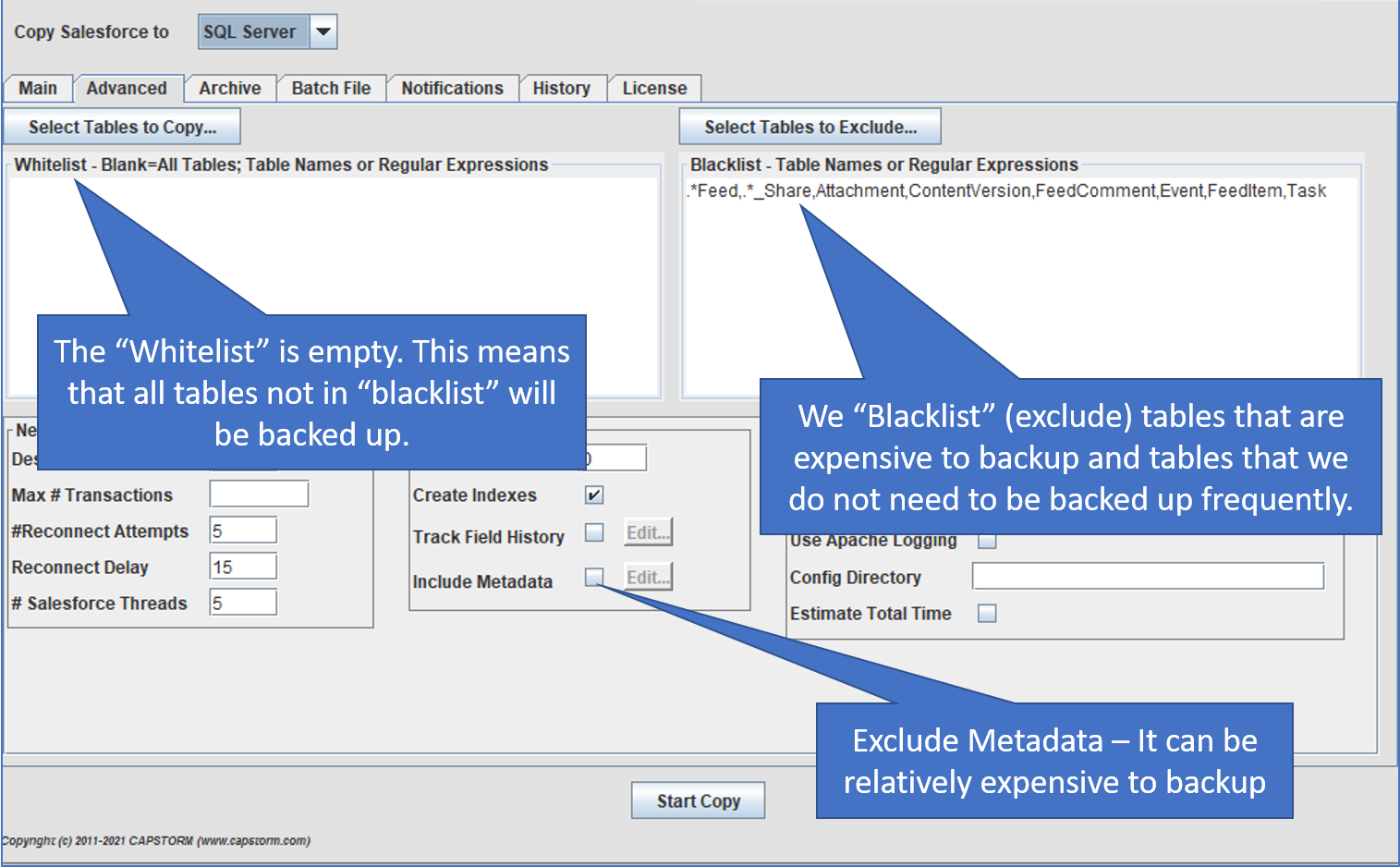 This configuration file will be run infrequently and backs up tables that do not need to be kept within a few minutes of Salesforce. Use the “Whitelist” CopyStorm feature to specify the tables to back up. Many sites run this backup every few hours. 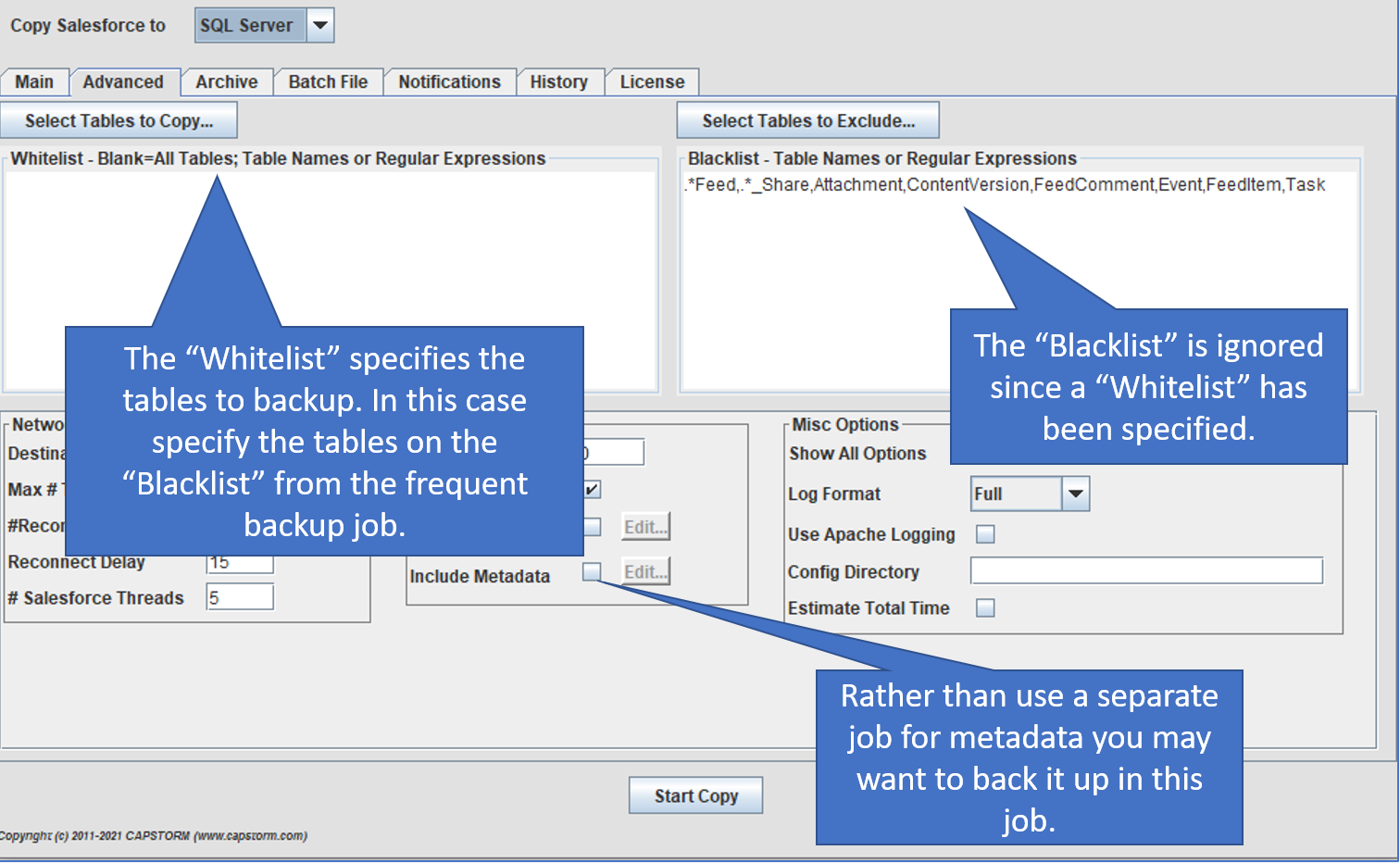 This configuration file will be run infrequently and backs up just Salesforce metadata. Use the “Whitelist” CopyStorm feature to tell CopyStorm to backup up just a single table — in this case the table specified is not in Salesforce. 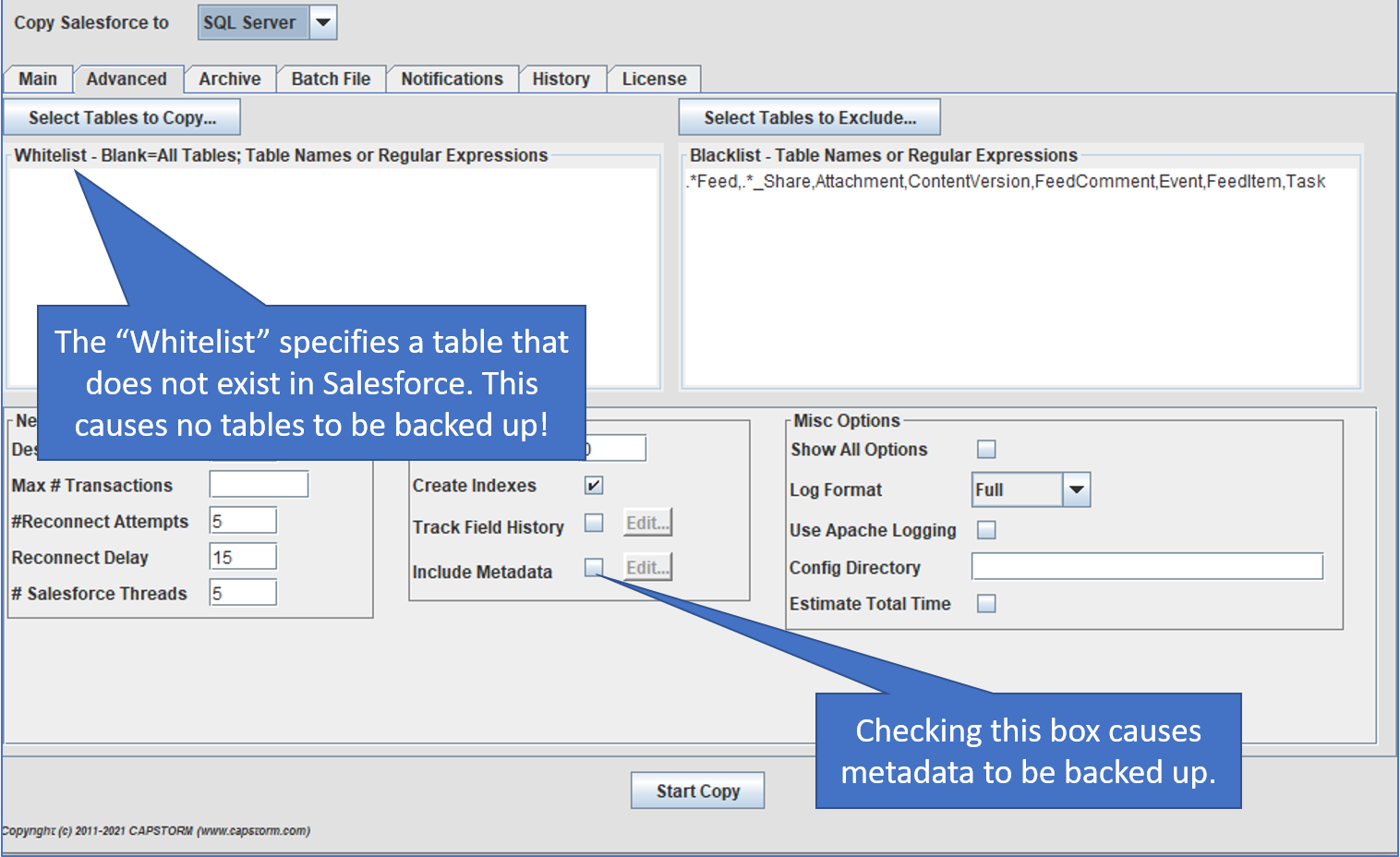 Once multiple CopyStorm configuration files have been created, jobs need to be created and scheduled.

There is no functional limit to the number of CopyStorm jobs you can use to backup Salesforce and some sites will use four or more jobs — usually to support keeping key CopyStorm tables within minutes of Salesforce. The choice is really yours.

Here are few suggestions when running many jobs.