The Batch File tab is used to generate a script that can be used to launch CopyStorm as a batch job. Generated scripts encapsulate everything needed to run a CopyStorm job, including:

For many sites a generated batch file is not necessary due to built-in command line options in the main CopyStorm launch script allowing batch mode execution. Example command lines include:

The core function of the Batch File tab is to generate a script file that will: 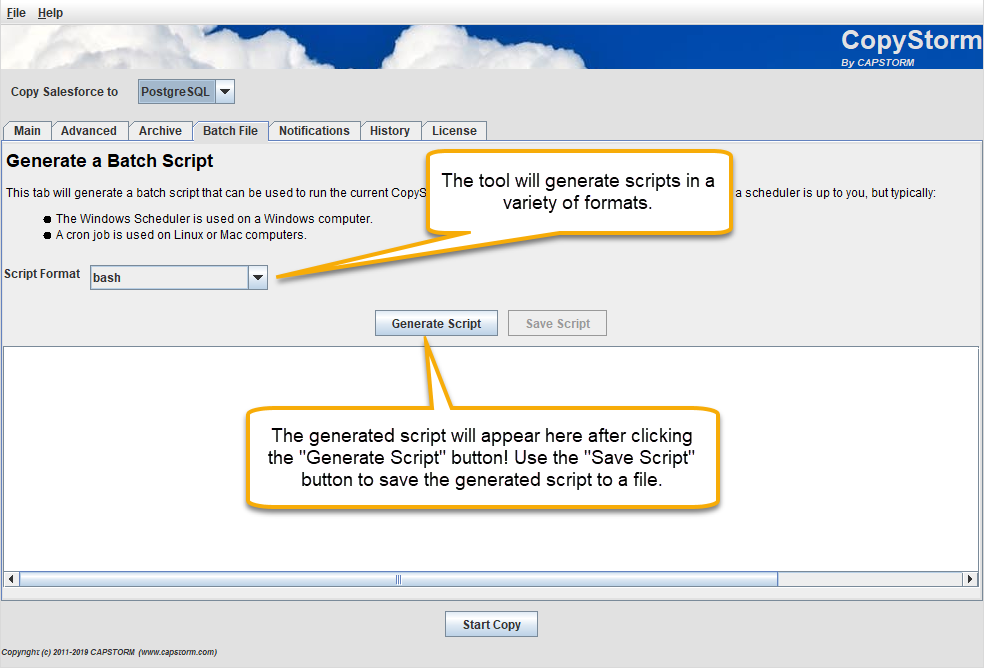 If you have configured the Notifications tab, the process for generating a script file is simple. This is the approach used nearly 100% of the time:

If your site cannot use the built-in Notification system the process for generating a script file is:

After these steps are completed, you own the generated script file and can change it in any way you prefer.

If you have trouble getting the email portion to work properly, please read this FAQ.