How to Run CopyStorm in Batch Mode

CopyStorm can be configured to provide a headless Salesforce backup by running in batch/background mode and leveraging the built-in scheduler on your computer. This article will show you how.

The base script used to launch the CopyStorm UI can also be used to start CopyStorm as a headless Salesforce backup application (required for a batch job). To configure the CopyStorm command line:

If the notification feature built into CopyStorm is used then this is likely the only command you will need.

There are a number of optional command line switches (documentation available here), but you do not need this information to go through the process in this article.

Most Linux or Mac computers manage scheduled jobs using the built-in cron tool. If the script that runs CopyStorm is called RunProductionCopyStorm.sh:

For additional information on the format of a crontab entry see the Wikipedia article on cron.

Here is an example crontab from one of Capstorm’s servers:

Find and Open the Windows Scheduler 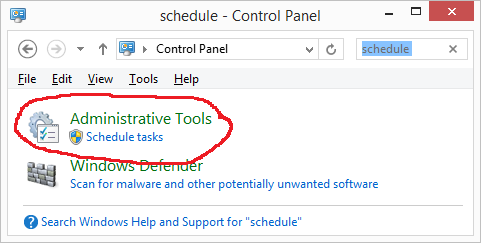 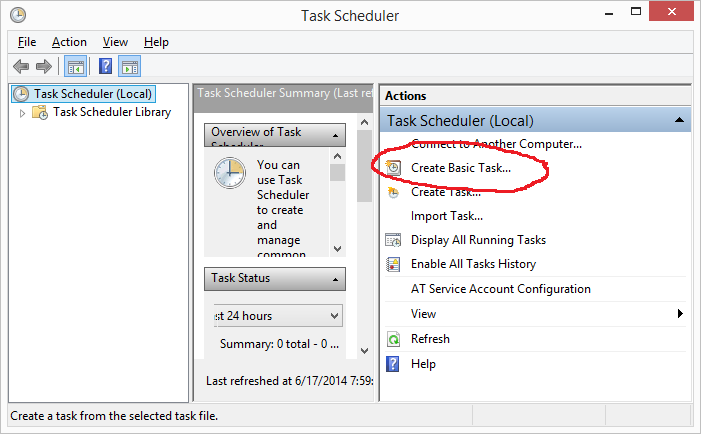 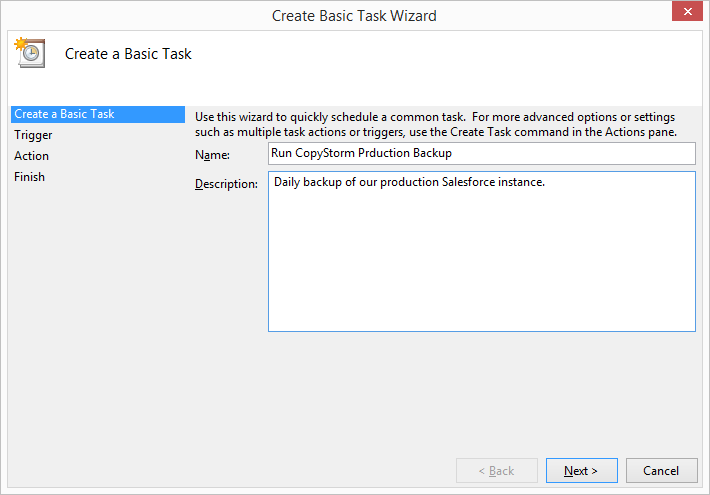 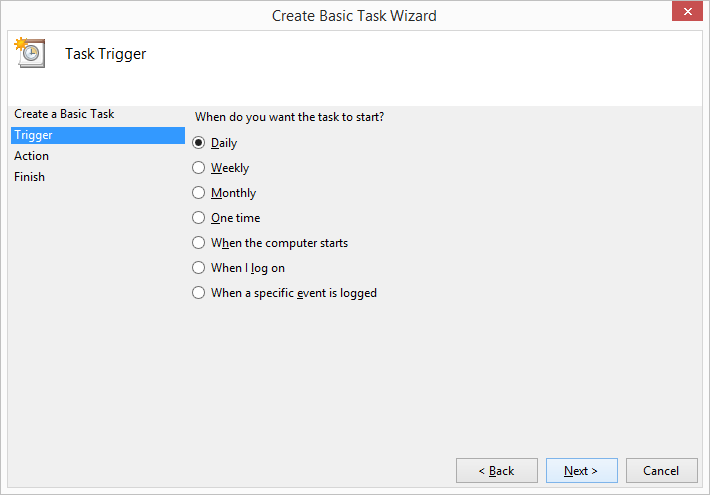 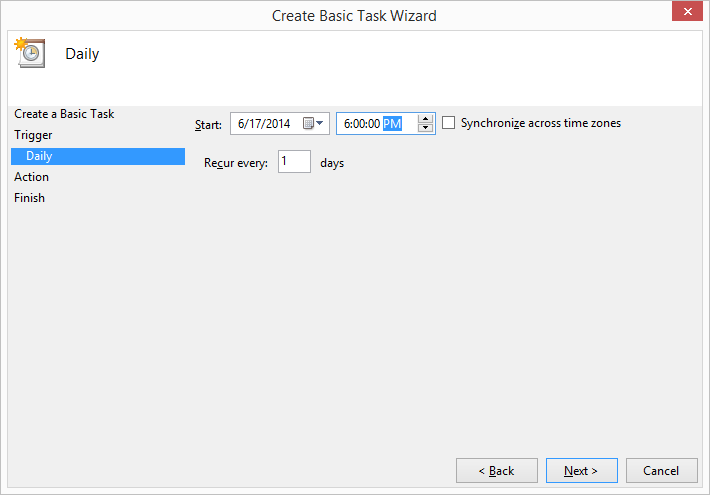 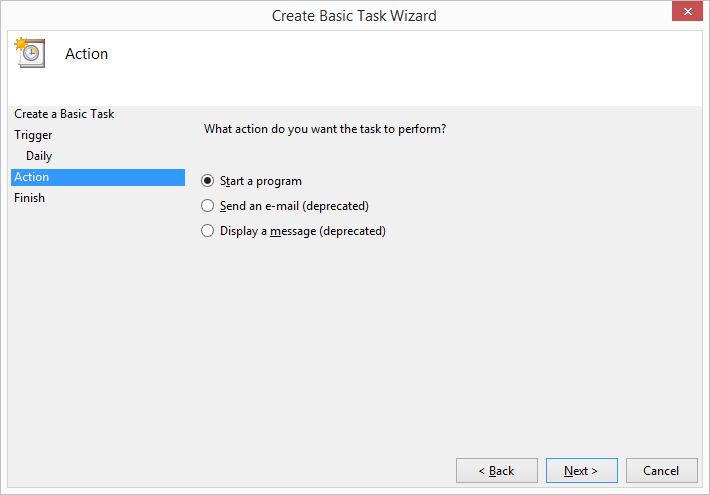 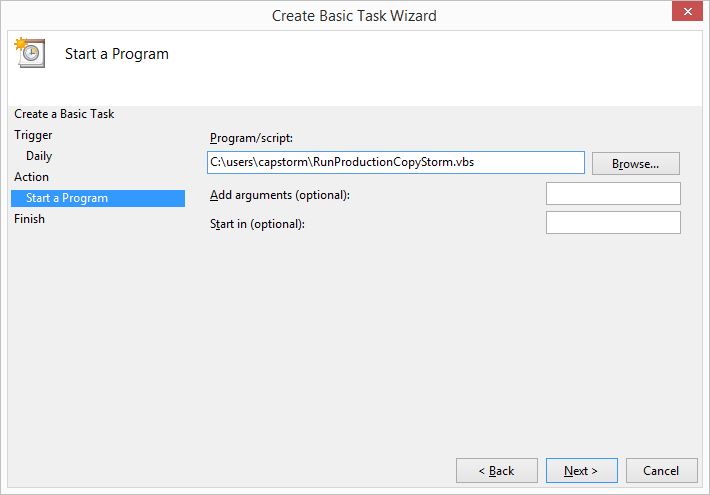 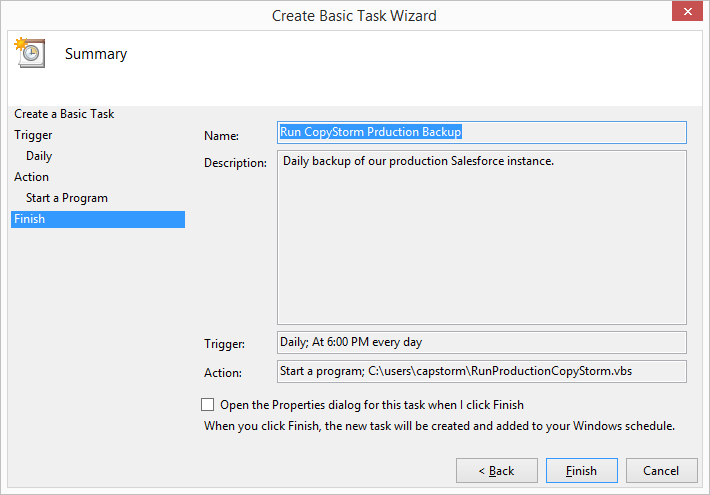