The Restore tab is used to launch a restore operation and view progress. This tab allows several operations:

The first time a restore is set up for a Salesforce instance the restore tab will look like the following: 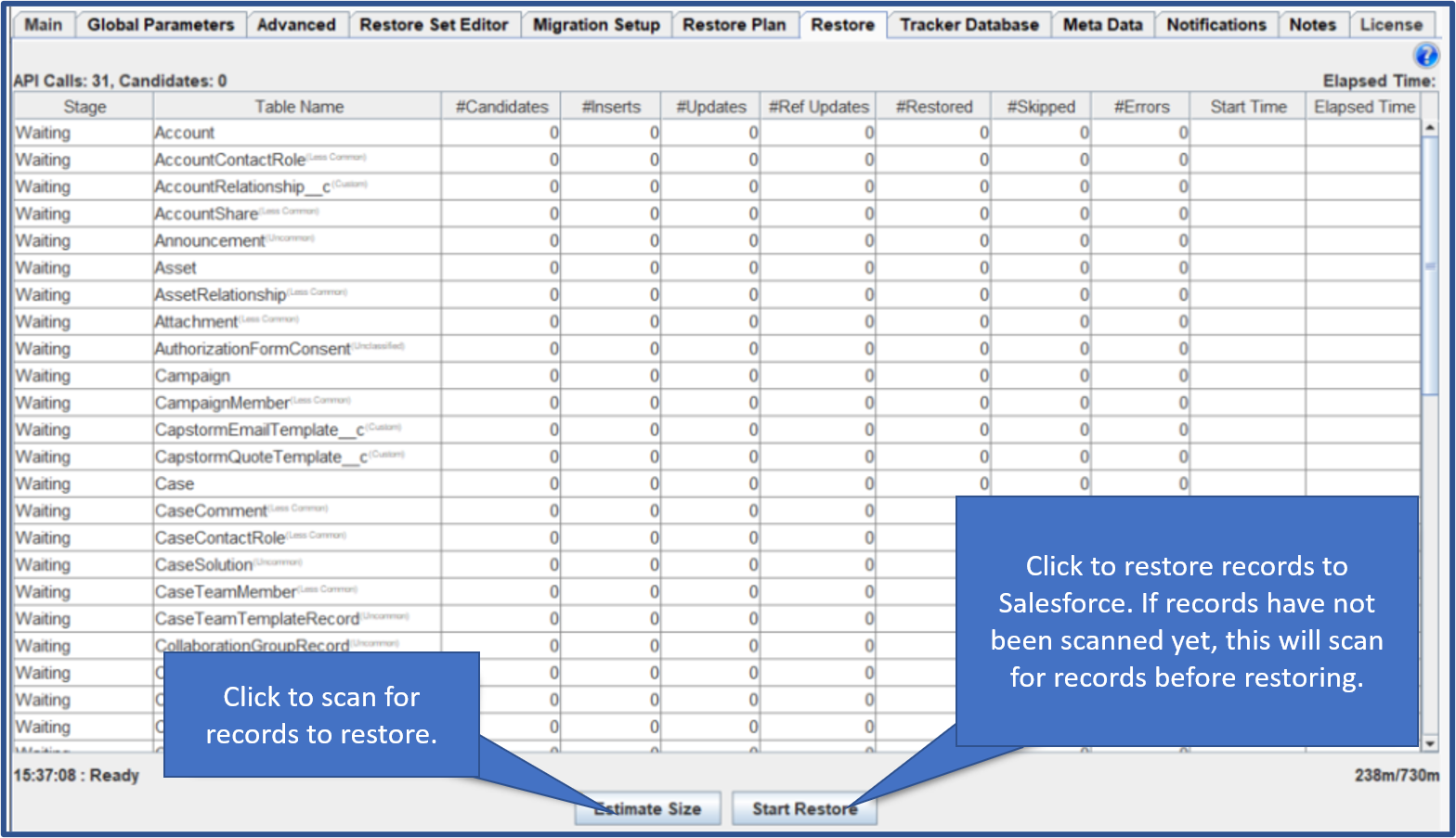 The “Start Restore” button will restore data to the Salesforce instance. If an “Estimate Size” operation has not been performed, the first thing a “Start Restore” will do is to estimate the size.

If the restore rules specify a RANDOM number of records and no seed is supplied, each time Estimate Size or Start Restore buttons are clicked a new set of randomly selected candidates will be chosen. This process is additive and will result in restoring more than the random limit supplied on the Restore Set Editor tab. Entering a seed value will eliminate this potential problem and allow size estimation before starting a restore. This is most commonly used when restoring a development sandbox to exactly the same state every time.

While a restore is running, the table displayed on this tab will change dynamically with information about the restore progress. The “Cancel” button can be used to stop a restore at any point.

After the restore has finished the Restore tab will expose several new buttons below the progress grid: 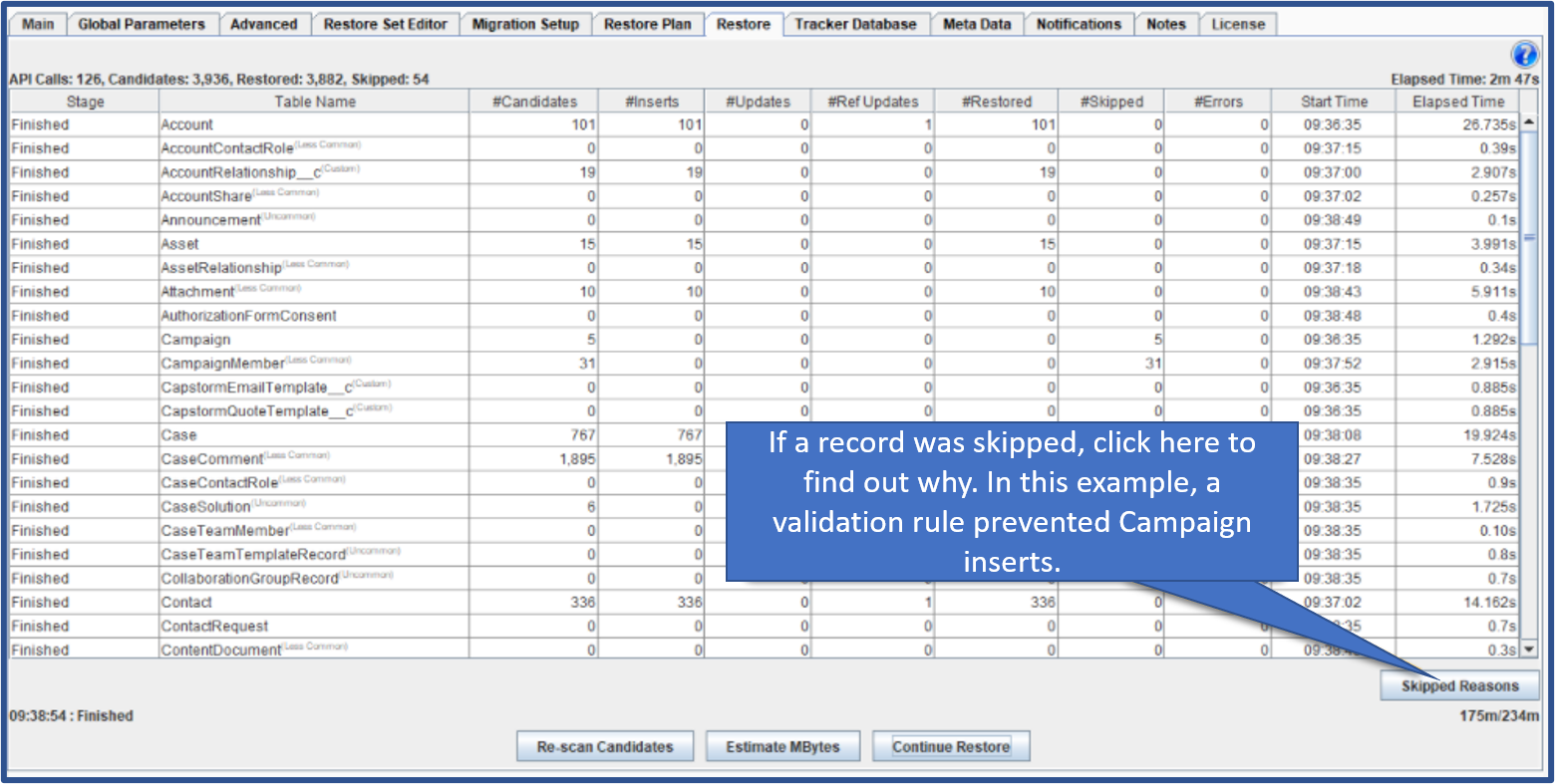 To resume a restore, click on the “Continue Restore” button. The Continue Restore dialog provides the ability to resume a partially completed restore or to delete restore history and restart a restore from the beginning.

How to Handle Errors

If the restore operation encounters any error(s) an “Exceptions” button will appear on the Restore tab:

Click on the “Exceptions” button to see the details. The exception displayed in the screenshot below was caused by an email address in the CopyStorm backup which did not pass Salesforce validations rules in the target Salesforce. You may see similar problems in your data if schema changes or validation rule changes have made historical data invalid. 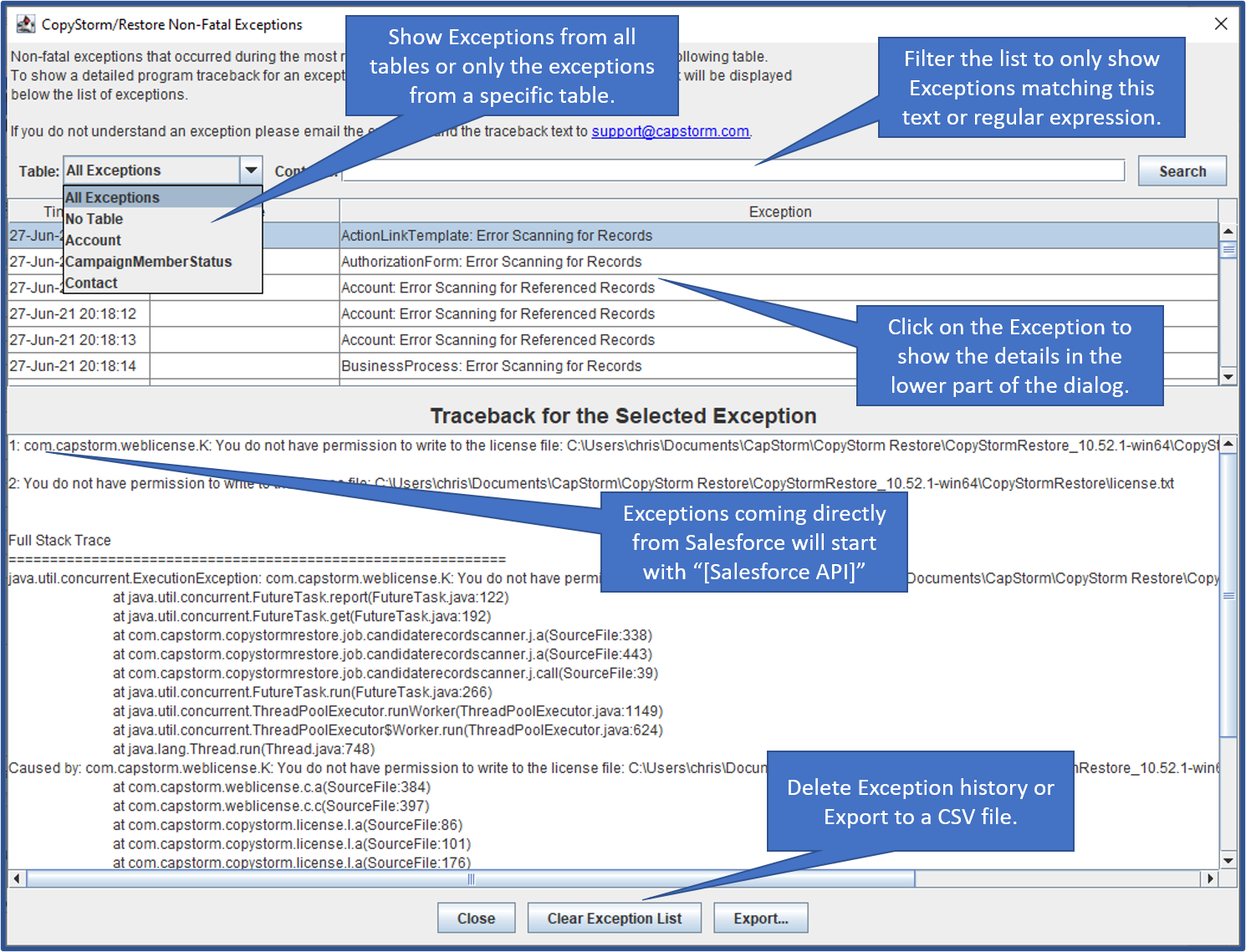 CopyStorm/Restore includes a series of columns for each table that is restored. These columns include: