The CopyStorm/Restore Tracker database contains information about records that can or will be restored. The following screenshot was taken after a restore operation was partially completed: 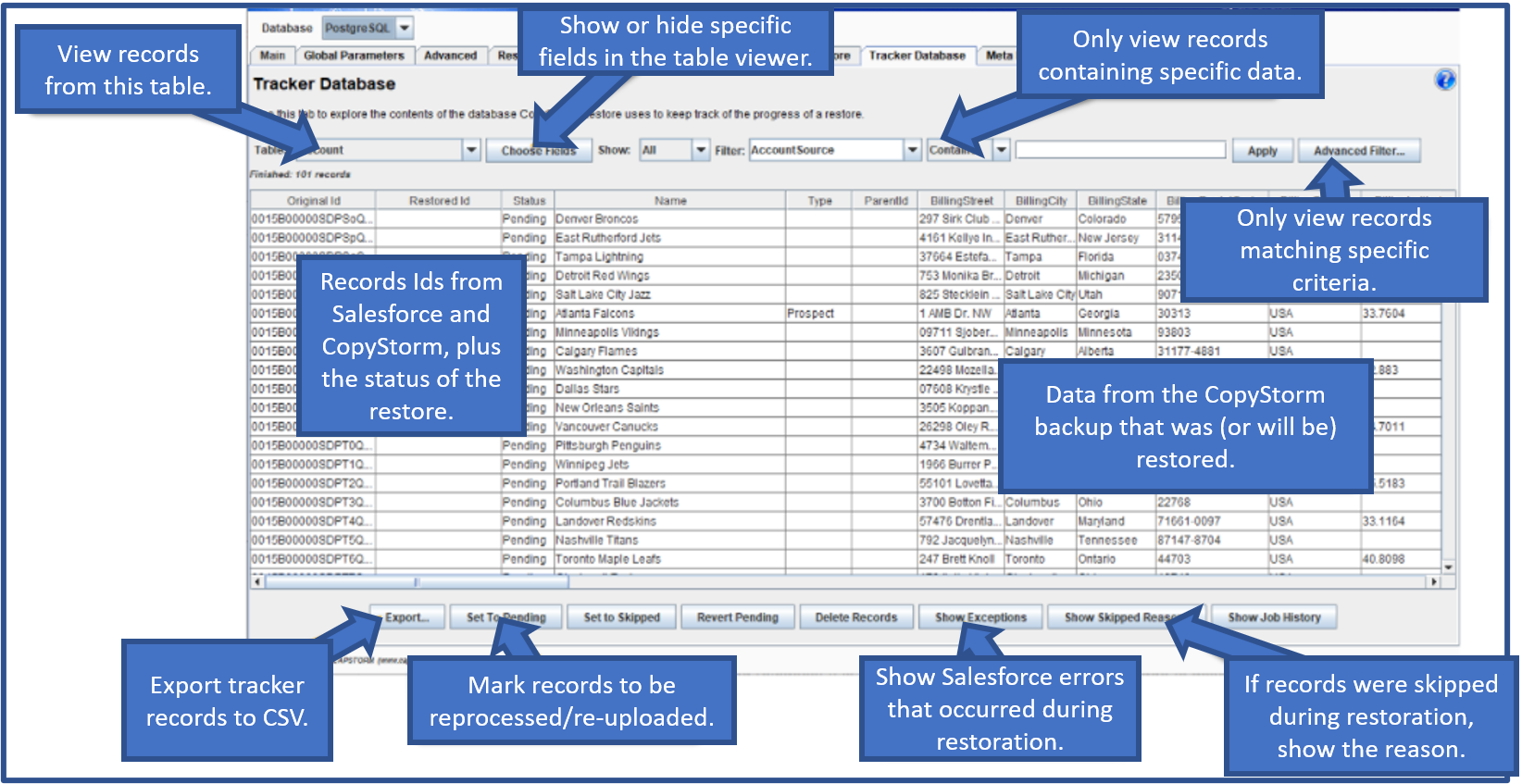 The middle part of the dialog shows the status of each record and the corresponding data from the CopyStorm backup.

The Tracker Database can be queried directly using tools like SQuirreL, or any other H2 database browser.