Note: IT IS IMPORTANT to start the H2 Console using this script if you intend to modify a tracker database using SQL. Otherwise your modifications will failed because required database triggers will not be found (the triggers are implemented in Java and loaded using the h2console command provided by Capstorm).

How to Load a Tracker Database into the Console

There are several key things to understand before launching the H2 Console.

The following screen shots show the sequence of logging into a H2 database and running a query. 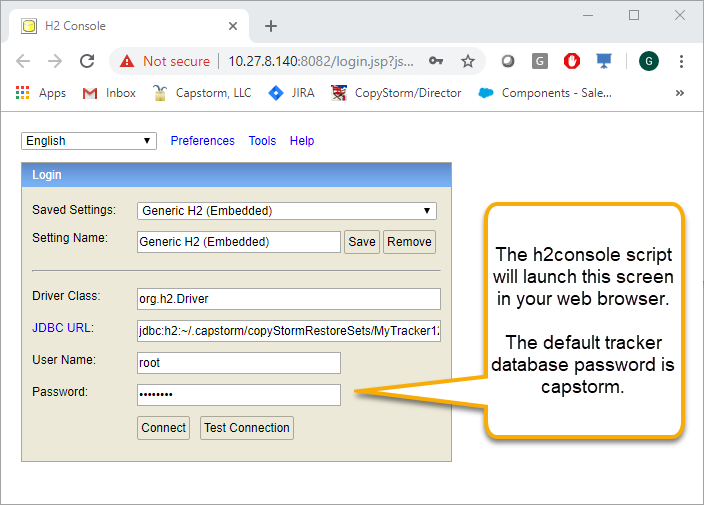 Once H2 credentials are entered, click on the Connect button to login and launch the H2 query tool. 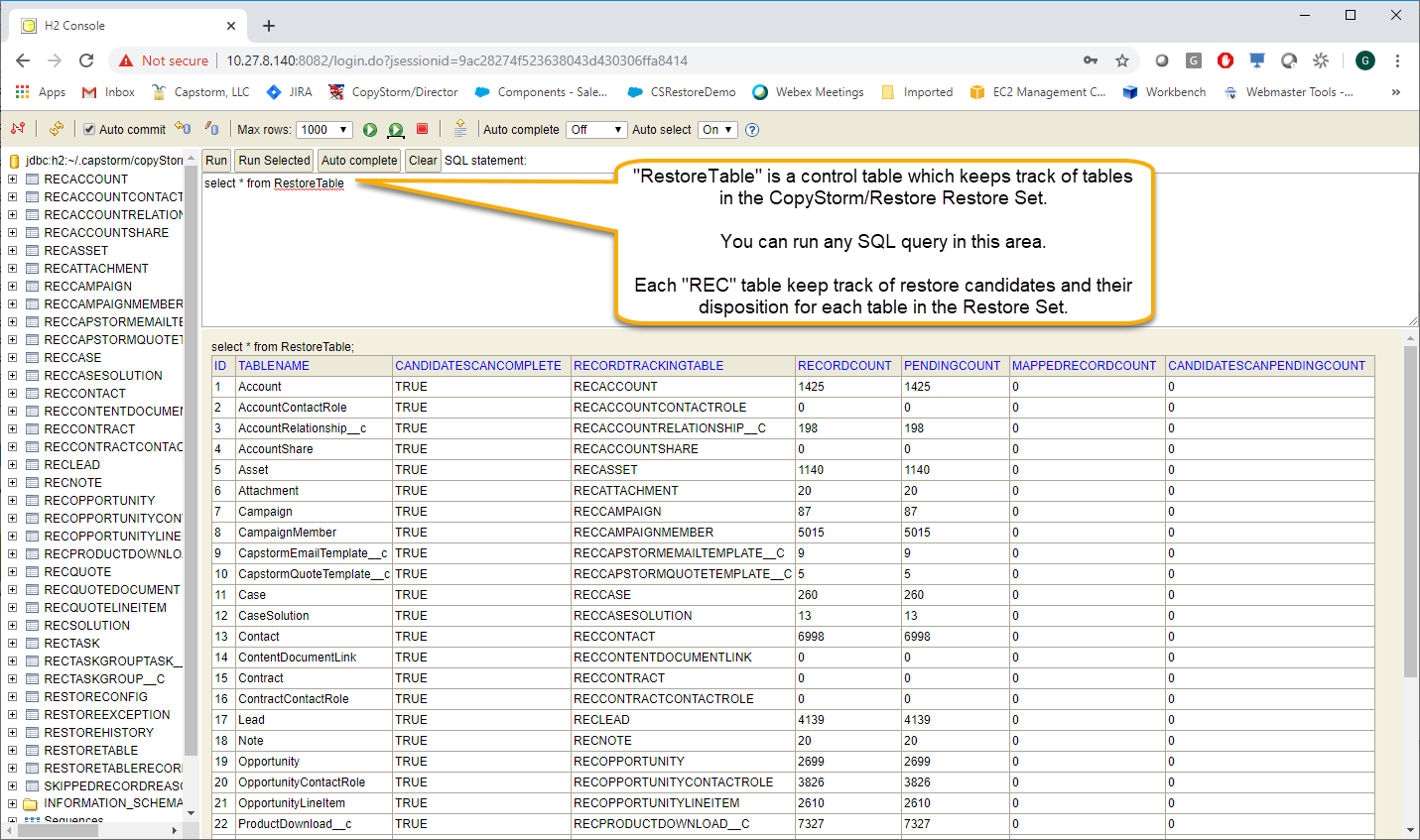