The Meta Data tab enables the restoration of Salesforce metadata with surgical precision.

This tab is divided into three sections: 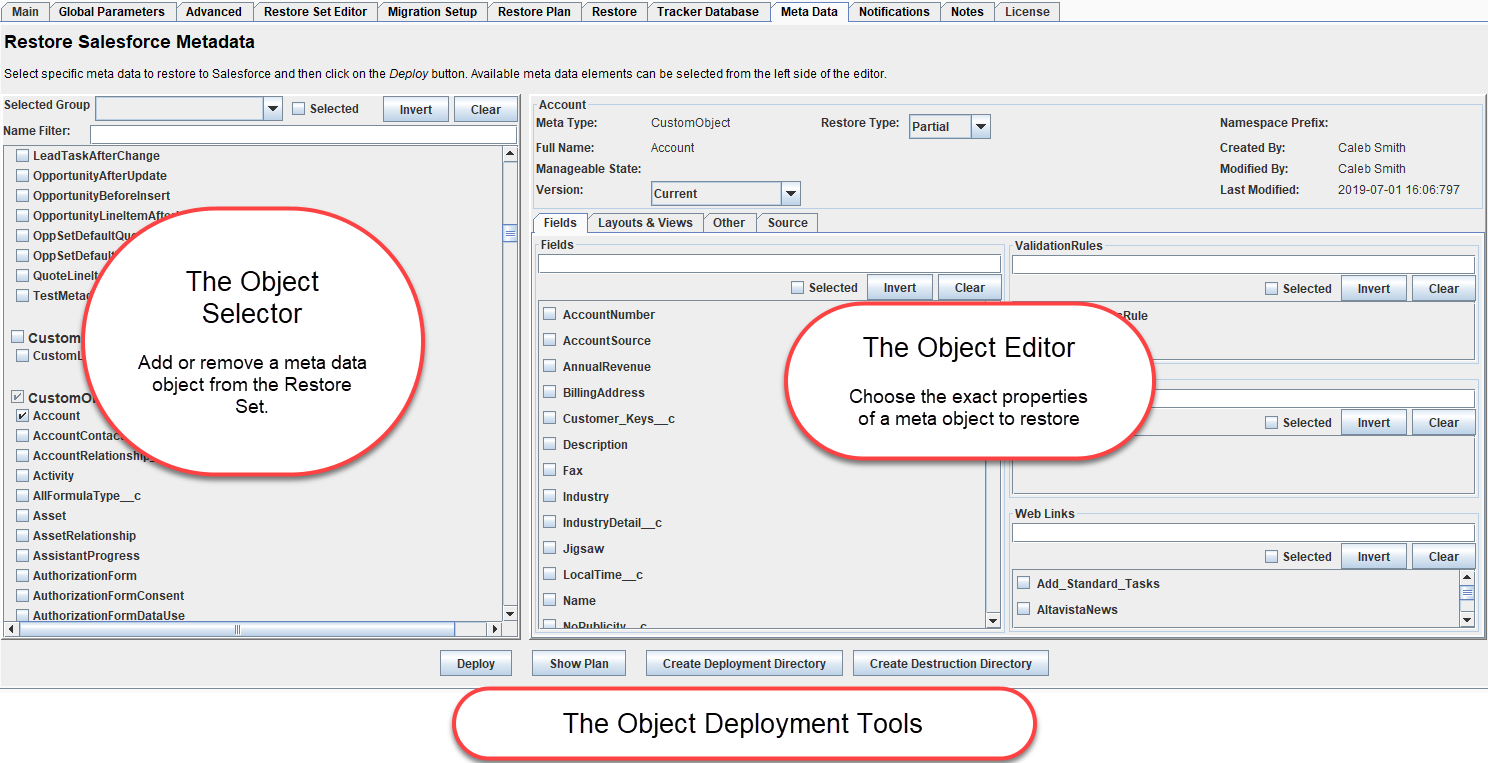 To narrow a search for metadata objects, use the filter controls above the Object Selector list:

The Object Editor allows selection of:

There are two types of object editors: