The relationships between components are illustrated in the following diagram: 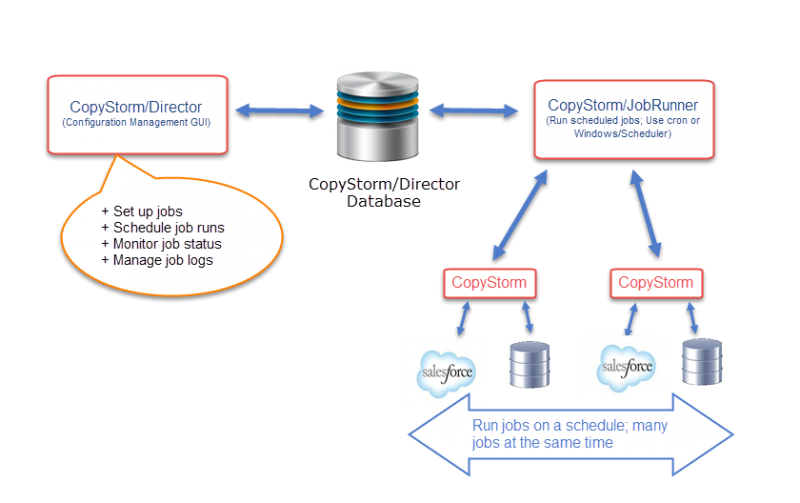 Like other Capstorm products, CopyStorm/Director automatically creates the necessary database schema the first time it attaches to a database.